How to Identify Birds with Red on Their Head 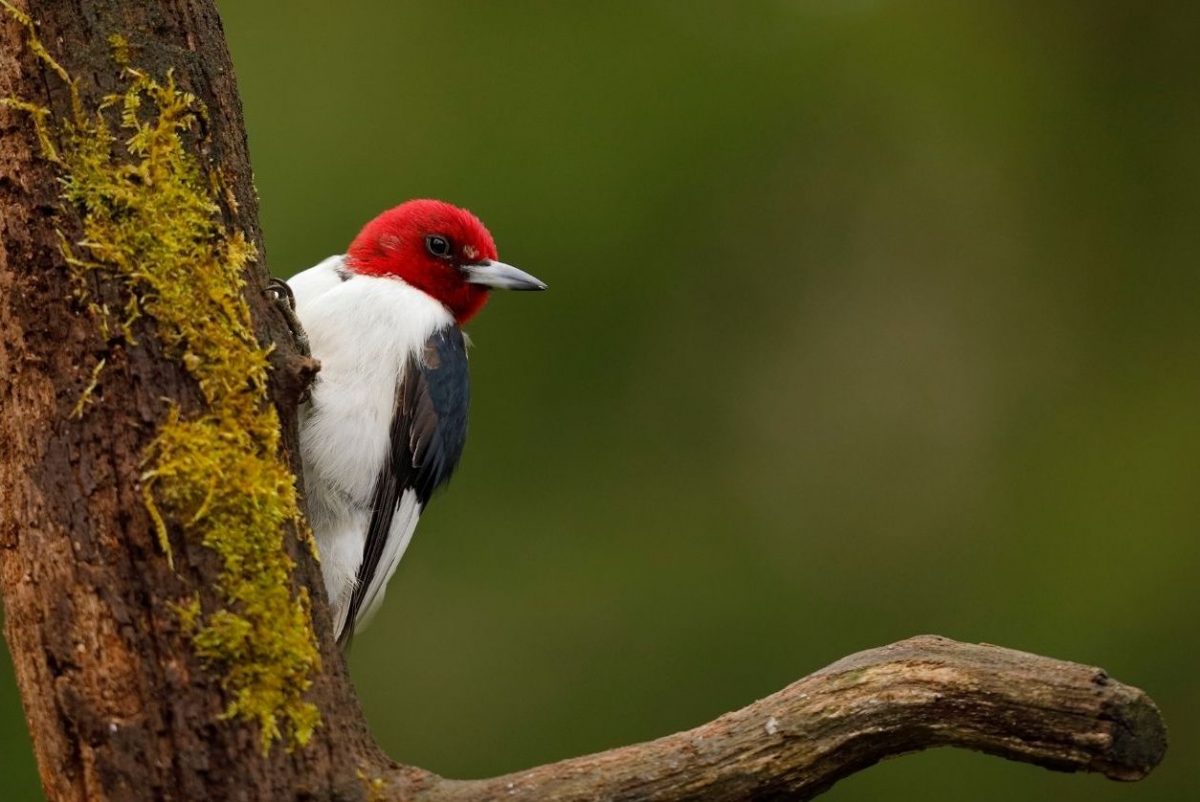 It’s not always easy to tell the difference between birds with red on their head.

There are so many different types of birds in our world, and they all have something in common. The color red! But it can be hard to identify which type of bird you’re looking at if you don’t know what characteristics to look for.

We’ve put together a list of some of our favorite birds that have bright red feathers on their heads, along with some tips for identifying them based on size, shape, song, habitat, and more. Let’s get started!

By the way, if you click on a link and then make a purchase, we may earn a small commission at no additional cost to you. Thank you!

Woodpeckers That Have Red on Their Head

Many of us remember our buddy, Woody Woodpecker, managing to get into trouble time after time on cartoon TV. Yes…that was many years ago! Actual woodpeckers don’t have a plume quite that large, but there are two species that stand out as those with a red head:

Here are some identifying features of the red-headed woodpecker:

You’ll find the red-headed woodpecker in the eastern United States and Canada.

Red-headed Woodpeckers are known for their bright red heads and napes.

They have a black and white pattern which makes them look like they’re wearing the letter ‘M’.

Red-headed woodpeckers have sharp, pointed bills that can be used to find grubs in trees.

These birds make their homes in dead or dying trees where insects are plentiful.

Here are some identifying features of the red-bellied woodpecker:

This woodpecker is found in southeastern United States and also in Mexico and Central America.

It likes to live near rivers, lakes and in suburban areas.

They make their homes in live or dead trees with lots of woodpecker holes.

Red-bellied Woodpeckers are often found near suet feeders when the weather gets cold.

It is not uncommon for people to see these birds wintering in North Carolina when they travel to warmer climates.

Red-Bellied Woodpeckers are active year-round, but they’re most visible in spring and summer when they search for food.

They can be found on the ground scratching for insects, digging up grubs, or feeding on the side of trees where sap is running freely.

Tanagers That Have Red on Their Head

Another bird species with red on their heads is the Tanager.

Here are some identifying features of the Scarlet Tanager:

Here are some identifying features of the Summer Tanager:

Redpolls That Have Red on Their Head

Redpolls are small finches. They can be found in the northern and western United States, as well as Northern Canada during autumn and winter.

Here are some distinguishing characteristics of the Common Redpoll, also known as a ‘winter finch’:

The Arctic Redpoll is a subspecies of the common redpoll.

Here are some identifying features of the arctic redpoll:

Cardinals That Have Red on Their Head

We probably think of cardinals first when we consider birds that are red or birds with red on their head. We’ll take a closer look at the northern cardinal, also known as the redbird, common cardinal, red cardinal, or just plain cardinal!

This beautifully vibrant bird is the official state bird of at least seven states.

Here are some identifying features of the Northern Cardinal:

You can find them from throughout the eastern half of the United States.

Their diet typically consists of weed seeds and insects such as beetles or grasshoppers, as well as fruit.

Finches That Have Red on Their Head

There are birds in the finch family with a red head. Let’s consider two of them.

Here are some details about the Purple Finch (although they are not purple in color!):

Another member of the finch family with a red head is the Red Crossbill. Here are some details about this bird:

The red crossbill is one of only two species of crossbills found in North America, inhabiting forests as far north as Alaska, and south to Georgia, Arizona, and New Mexico.

Conclusion: Birds with Red on Their Heads

Whether you’re a birdwatcher, nature enthusiast, a bird dude, or just someone who likes to wander around outside looking for interesting feathered friends – it’s always exciting when we spot a red-headed bird.

Hopefully, you’ve gained some helpful knowledge when it comes to deciding which species of red-headed bird is in your sights!