Is There Such a Thing as Blue Cardinal Birds? 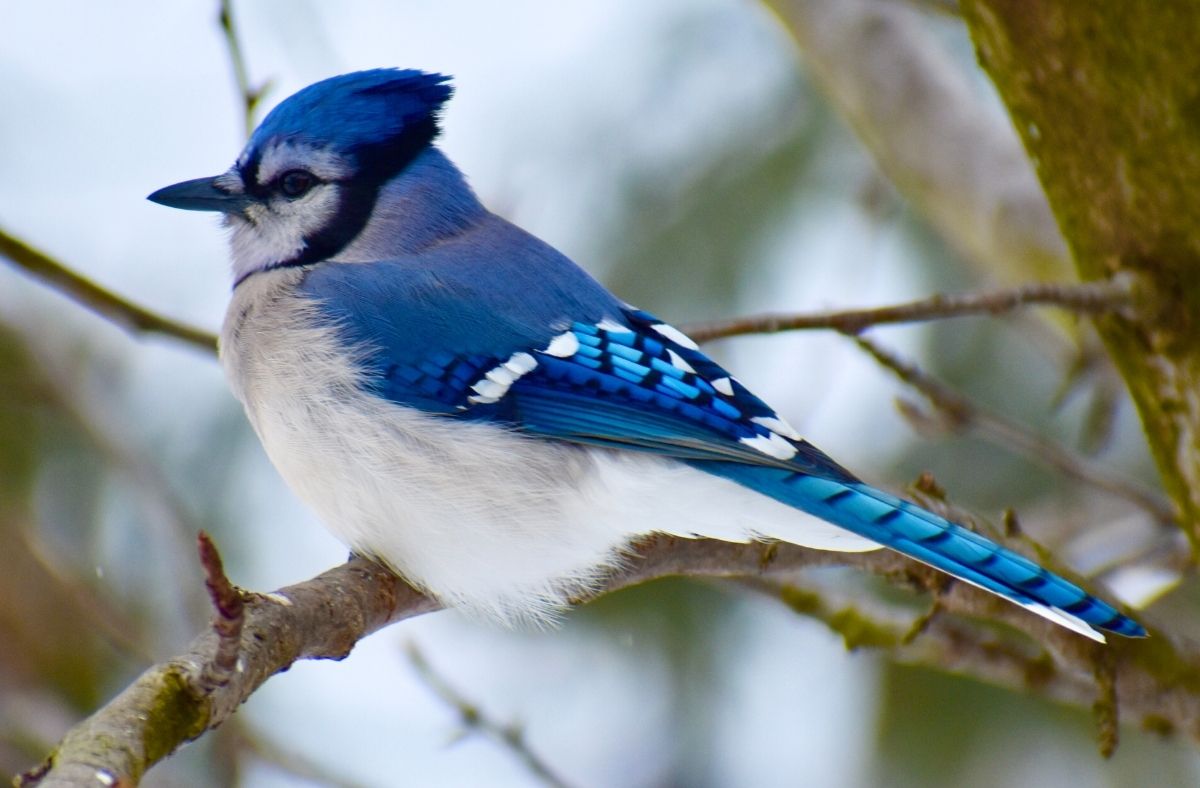 The blue cardinal is a bird that many people have heard of, but there are some questions about it. Is this just an imaginary creature or do they really exist?

For years the existence of the blue cardinal has been debated by ornithologists and bird watchers alike. Some say that this bird does not exist at all, while others claim to have seen them with their own eyes.

You may have gazed out at the birdfeeder in your backyard and thought the blue colored bird perched on the feeder was a cardinal…a blue cardinal!

Are these blue cardinal birds real, or are they just part of our imagination? We’ve done our best to find out for you!

If you’re interested in learning more then keep reading!

Does a Blue Cardinal Bird Exist?

The fact is, no, there is no evidence to support that blue cardinals exist.

The only place blue cardinals exist is in your imagination, my friend.

Cardinals are members of the Cardinalidae family of passerine birds found in North and South America.

The Northern Cardinal is a bird indigenous to North America. It can be found in parts of the United States and southern Canada. They prefer deciduous forests, shrublands, swamps, and thickets to build their nests.

These birds are permanent residents throughout most of the eastern United States and southern Canada. Their range extends as far north as the Canadian provinces of Ontario and Quebec, and as far south as Georgia, Alabama, Louisiana, and Florida.

Is a Blue Cardinal a Blue Jay?

A blue jay could be mistaken for a ‘blue’ cardinal. Here’s why.

A blue jay is grayish-blue with a white breast, a crest on its head, and a black necklace on the throat that separates into two points. The blue jay’s outer plumage is iridescent in nature and one of its most distinctive features.

There are some slight physical similarities between this bird species and a cardinal.

Cardinals typically have a brownish color and their outer plumage is not iridescent. A cardinal’s crest and wings are reddish-brown while its bill, legs, and feet are blackish.

In terms of habitat, cardinals prefer to live in the woods whereas blue jays tend to dwell closer to humans in parks and suburban areas.

The best way to identify a blue jay in its natural habitat is by its call.

Both birds have a distinct, piercing call that can be heard from a great distance.

Cardinals are known for their whistling ‘chee-aw’ song while the blue jay makes a higher pitch ‘j-j-j-j’ sound.

Although the call of a blue jay is not far different from that of a cardinal, it can be differentiated by its frequency.

Lengths and frequencies of calls vary among bird species.

The higher pitch in a blue jay’s call indicates that they have a shorter vocal cord than cardinals.

Additionally, blue jays appear to be larger than cardinals because their wings are longer and they have smaller heads in proportion to their bodies.

Blue jays also tend to walk instead of hop or fly as other birds do. They waddle when they get around this way; very different from the cardinal’s fluttering takeoff.

What Birds Are Commonly Mistaken for Blue Cardinal Birds?

Several birds can be mistaken for a cardinal, and these birds are blue, so that is the reason this happens. If you are not familiar with the bird’s appearance, it is difficult to differentiate between them.

The following list identifies several birds that are often mistaken for a cardinal because of their coloration:

The blue jay often gets mistaken for a cardinal due to its similar coloration and the fact that it has white bars on its wings.

This bird is an incredibly common species that can be seen across Canada and in the midwestern, northeastern, and western regions of the United States. They are strong flyers that mainly travel in small groups or flocks.

This large-sized grosbeak has bright blue plumage with black markings on its wings. It is an incredibly striking bird with colors that make it easy to identify.

The blue grosbeak can be found mainly in the central and eastern regions of the United States, but it has also been spotted in parts of Canada too.

This species has a husky warbling song, and it’s quite common to hear in the summer months in the southern states. The blue grosbeak likes to hide in bushes and thickets.

When they do make an appearance, they look like a large version of the indigo bunting, which is a smaller bird that is also blue.

A common mistake many people make is mistaking the indigo bunting for a cardinal. This small songbird can be found all throughout North America and its bright blue color sets it apart from other bird species in the region.

Although the indigo bunting is a member of the cardinal family, this small, seed-eating songbird is about the size of a sparrow. Males are vibrant blue in the summer, and they display brightly colored plumage during mating season (they want to look their best for the girls). They turn to a brown color in the winter months, while females are brown in color year-round.

Is the Blue Cardinal a Myth?

The idea of a blue cardinal had been talked about for some time, but there has never been any scientific evidence to back up this claim. Many people say that they have seen a blue-colored cardinal and one birdwatcher even had an image taken of the “bird”, but when he zoomed in on the image, it was revealed that the bird in the photo was a blue jay.

Studies show that there are some species of birds with feathers that appear more ‘blue’ than others, but these are typically only seen at certain times of the year. For example, during spring and summer months when birds molt, their feathers change colors as they grow.

The blue jay’s color may change from a brown to a blue as it soaks up the sun, but this would be for a limited amount of time. Otherwise, cardinals have bright red feathers throughout the year.

However, the idea of a blue cardinal is still something many people would like to believe exists.

Is there any way to find a blue cardinal?

Unlike most birds, cardinals are known for having bright red feathers. The color is so vibrant and noticeable that it has become the bird’s trademark feature. A cardinal is so synonymous with its color that it is nearly impossible to imagine one looking any other way.

Even if you were to see a fainter shade of red, it would be instantly recognizable as a cardinal. The color is so distinctive that most birdwatchers don’t even bother looking for other types of cardinals because they will know the difference.

But what if you were to see a blue cardinal? This would be quite rare and there are only certain species of birds with similar plumage (blue jay, blue grosbeak, indigo bunting). Just like with any type of bird, the first step would be to identify the species. Once it has been identified, you can see if there is any information on whether these birds normally display this coloration.

Once you’re able to identify the species and do some research on whether it normally displays this coloration, then you can begin to explore where the bird came from and how it became this way. This could be done through talking with nearby aviaries or local wildlife rehabilitation centers.

Is There Anything to Back Up the Claim of a Blue Cardinal?

No, there is no scientific evidence that suggests such blue cardinals exists. However, many people have reported seeing a cardinal that is blue. Or so they believe!

For example, some species of birds can temporarily change their plumage to shades of pink, yellow, and even white. This happens when they molt during certain times throughout the year. If these birds were to be bathed in sunlight or used as models in a bird identification quiz, they could have some blue shades within their feathers.

As previously stated, there are only certain species of birds with colorations similar to what people believe a blue cardinal would look like.

So what’s the verdict? Is there anything to back up these claims that blue cardinals exist or is it just a bird watcher’s imagination?

We’ve found through our research that several species of birds look like a cardinal and it is blue, but alas, there is no evidence to prove its existence.

Enjoy your birdwatching, including the vibrant red crested cardinal, and when you do see a blue bird that looks like a cardinal, after reading this post you’ll most likely be able to identify what it is!