What Bird Can Fly Backwards? 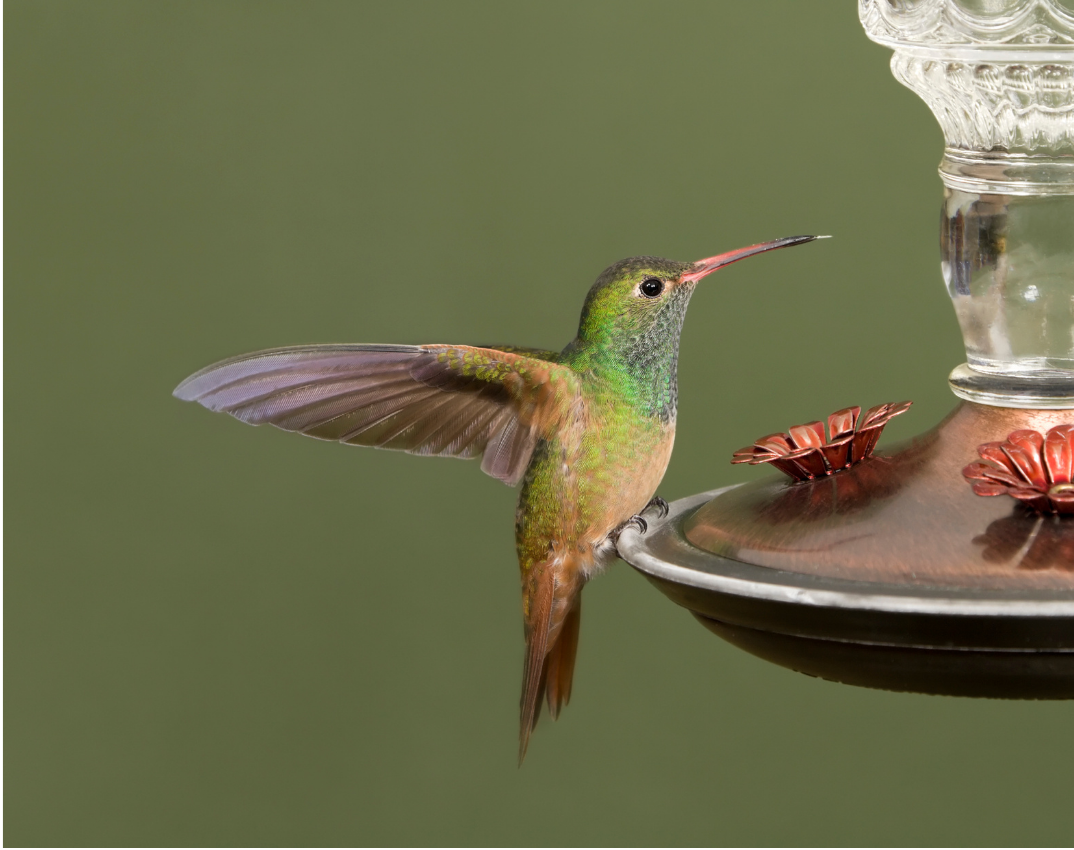 If you’ve ever seen a hummingbird in flight, you know how amazing it is to watch them move quickly and gracefully through their habitat. And if you’ve been wondering, what bird can fly backwards, here is the answer:

The hummingbird is the only bird that can fly backwards.

There are some other species of birds that can fly backward for a short distance, relying on the wind to flutter backward. Which birds do this? Egrets, warblers, herons, and flycatchers to name a few.

Not so the tiny, busy, energetic hummingbird. A truly amazing species, the hummingbird has amazing energy, speed, and is truly a marvel of nature.

Read on to learn the science behind how hummingbirds have the ability to fly backward at will.

If you click on a link and then make a purchase, we may earn a small commission at no additional cost to you

What Are Hummingbirds and Why Are They Unique?

Hummingbirds are one of the smallest species of birds in the world, typically measuring between 3.5-6 inches in length! Not only are they tiny but hummingbirds also have some of the most unique features among all bird species.

They have two wings like other birds but they can do amazing things with them, such as flying forwards, backward, up, and even down! This ability allows them to escape from predators and catch insects on the fly.

These tiny birds can hover in place and fly upside down, which no other birds can do! Unlike other birds, hummingbirds have a rotator cuff, much like people, that supports and strengthens the shoulder joint while allowing their wings to move in an eight-sided motion.

How Do Hummingbirds Fly Backwards?

The wings of a hummingbird are unlike those of any other bird. They allow a hummingbird to fly forward, backward, hover, and even fly upside-down for a brief period. Hummingbirds are the only birds in the world that can execute such movements with their wings.

Hummers can perform remarkable displays of acrobatics for a variety of reasons. First and foremost, their shoulder joint is a ball and socket arrangement, a humeral depression, that allows hummingbirds to swivel their wings in all directions at 180 degrees, in a figure-eight rotation.

The elongated wings of humming­birds are stiff and do not bend, and the short flight feathers give an oar-like appearance to the wings. Actually, the hummingbird’s stiff wings in flight are comparable to rowing through the air.

That ‘rowing’ motion is taking place so quickly we can’t even see it – it is a blur to our eyes. But, we hear the characteristic humming sound, which is how they got their name!

Amazingly, they can fly backward at about 33 miles per hour.

Why Do Hummingbirds Fly Backwards?

Hummingbirds can fly backwards for many reasons, mostly because this ability allows them to escape from predators and other dangers.

When a hummingbird wants to catch prey like insects on the fly, they will fly forward and rotate their wings backward right before they capture it. This happens very quickly and is why we often don’t notice that it’s happening!

Hummers can also fly backwards in a split second to change directions. They will use this ability when they want to make a quick turn or escape from something quickly.

Other Interesting Facts About Hummingbirds

Conclusion: What Bird Can Fly Backwards?

The hummingbird is truly an amazing little creature. Not only is it the only bird that can fly backwards, but its different shape and flying mechanics allow them to do things that other birds cannot.

The next time you are fortunate enough to catch a hummingbird zipping around near you, stop and appreciate these little miracles of nature!