What Birds Fly at Night? 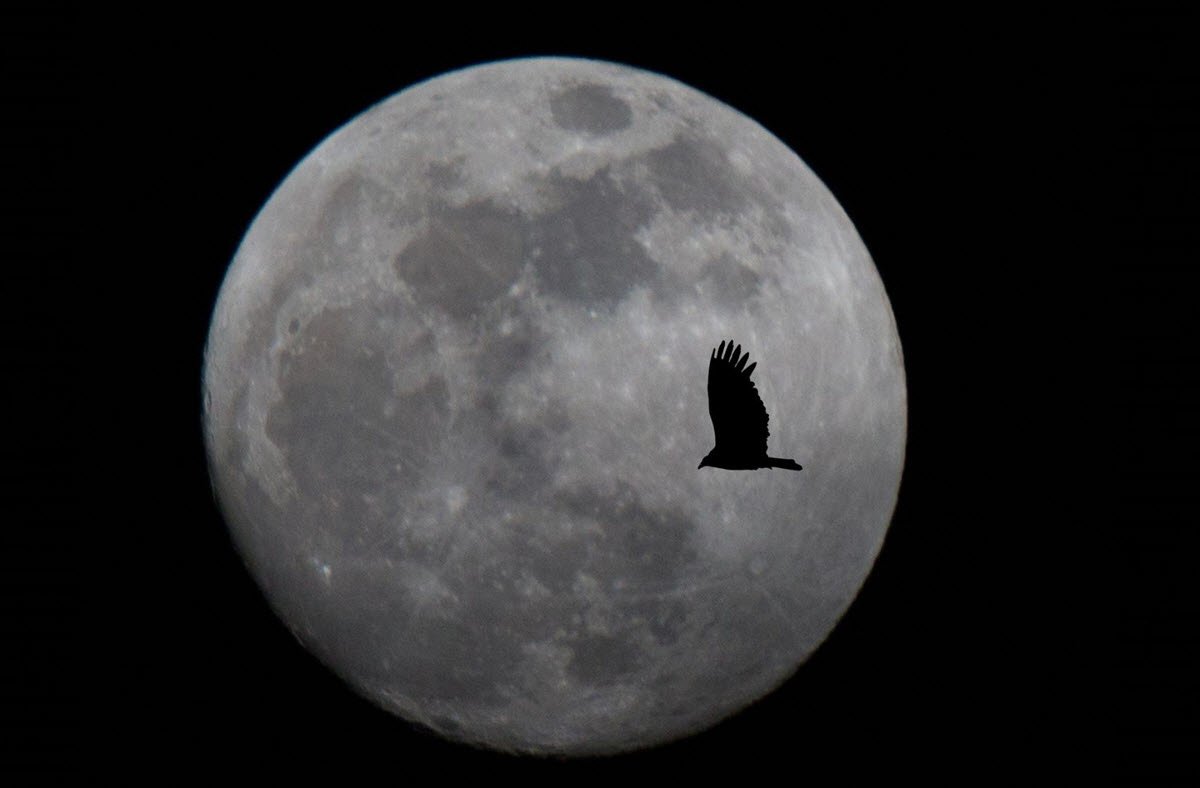 What birds fly at night? And, why would they do so? We think of our feathered friends as having the same patterns as most of us; we’re awake and moving around during the day, then rest during the nighttime hours.

Just like humans, not all birds sleep at night. Some species are quite busy when it’s dark outside, in fact!

The fact that 30% of North American birds do fly at night is amazing! It’s not common for other types of birds to do so unless they are under distress, bothered, or scared off by a person or animal. If you happen to see a bird flying during the evening hours, it may be looking for another safe spot nearby in order to roost or avoid predators that come out only after dark.

Let’s learn more about these beautiful creatures and why they choose to fly around when we’re all tucked in bed.

The Difference Between Diurnal and Nocturnal Birds

Birds don’t all live with the same body clocks, and in fact, are quite different from each other. They are generally defined as diurnal or nocturnal birds.

Most birds fall into one category or the other – they’re either diurnal or nocturnal. However, there are some birds that are considered to be “semi-diurnal” or “semi-nocturnal.” These birds are active during both the day and the night, but they prefer one activity over the other.

Why Do Some Birds Fly at Night?

There are several reasons why birds might choose to fly at night.

1. Birds that are nocturnal are active during the night because that’s when they’re naturally awake. For example, owls are nocturnal because their eyes are adapted to seeing well in low-light conditions.

2. Some birds fly at night because they sleep during the day and are active at night. This is the case for many songbirds. They sing during the night to declare their territory or to attract a mate.

3. Some birds fly at night because they are primarily diurnal but have been disturbed from their nighttime roost. This can happen if there’s a lot of noise or activity happening near where they’re trying to sleep.

4. Some birds fly at night because they are primarily diurnal but carry on singing for courtship or to declare their territory at night.

5. Some birds migrate at night.

All of these reasons have one thing in common: the bird is not trying to avoid you! They’re simply going about their business and doing what they do naturally.

What Bird Species Fly at Night?

Some of the nocturnal species are owls, whip-poor-wills, nighthawks, nightjars, and night herons. There are some species of songbirds that are nocturnal as well. Not all owls fly at night – in fact, some owls are diurnal.

The Whip-poor-will is a type of nightjar that makes its living by eating insects. It flies at night and hunts for them in open grasslands where it can make use of its superb hearing to capture prey.

The Nighthawk is a bird that you might see flying around during the evening hours. It’s a type of falcon and it feeds primarily on insects.

Birds called Nightjars are another type of bird that you might see flying around at night. They are found in forests, woodlands, and even in open grasslands.

The Night Heron is a type of heron that is found near water. They are active at night, and hunt for small fish and amphibians.

There are some diurnal songbirds that sing at night as well. These include the European Robin, American Robin, Northern Mockingbird, Brown Thrasher, European Starling, Eastern Bluebird, American Goldfinch.

How can you tell a nocturnal bird from a diurnal one?

6. Nocturnal birds roost in the trees, while diurnal birds tend to roost on the ground or on a perch such as a fence post.

9. Nocturnal birds can sometimes be identified by their unique flight patterns, especially when compared to diurnal birds.

What Else Are These Nocturnal Birds Doing at Night?

Why Would Birds Migrate at Night?

Some birds migrate at night because they use the moon and stars to navigate in a way that doesn’t require as much daylight.

Most of the migrating birds fly between 5,000 and 20,000 feet, traveling non-stop for hours at a time. It requires a lot of energy and the evening hours at higher elevations can keep them cooler after temperatures drop.

They can move more safely in the darkness of night when there are fewer predators active, too!

Night migration also occurs to reduce the amount of energy needed to fly. This is especially true for large birds like geese and ducks.

Conclusion: What Birds Fly at Night

Now that you’ve learned more about why some birds are awake at night, fly at night, and migrate at night, you’ll be able to appreciate these nocturnal birds even more! Keep your eyes and ears open for them the next time you’re out and about at night. Who knows, maybe you’ll even see an owl or hear them hoot!