What Birds Have Blue Eggs? 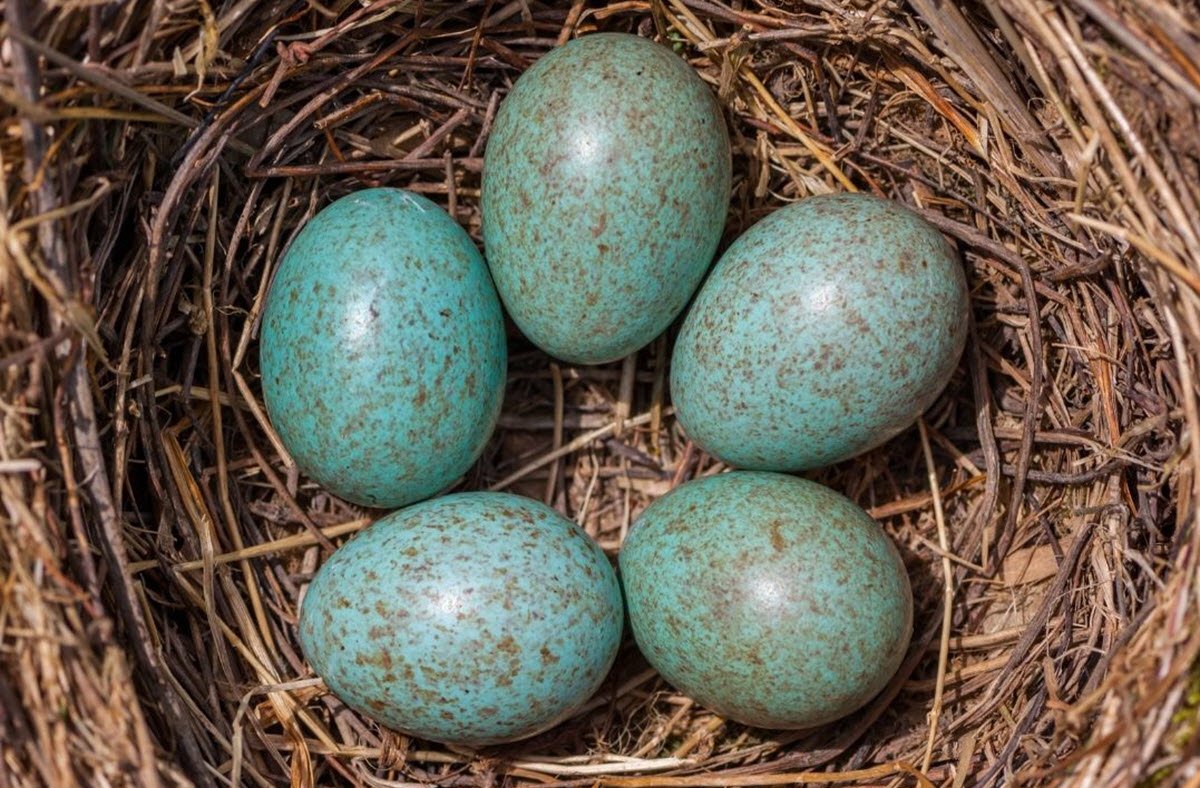 Birds lay eggs in order to reproduce, and we’re naturally curious to know what they look like.

Have you ever wondered what birds have blue eggs? What about different colored eggs? Are there any other colors besides white or brown? These are questions that many people wonder about, but not everyone knows the answers.

We’ll learn more about why some birds lay blue eggs, and the birds in North America specifically that produce eggs that are blue.

We’ll also find out how egg color is influenced by a bird’s diet and the pigment in the eggshell. It turns out that it takes more than just calcium to make a shell! We hope you enjoy learning with us today!

Why Are Some Eggs Blue?

In the wild, some species of birds have been known to lay blue eggs. In these types of eggs, a chemical called biliverdin is deposited in the egg when there is a lack of calcium while it is being formed.

Why do these eggs appear blue?  As soon as an unfertilized bird egg is laid, it begins to deteriorate. Often the egg is lost before a developing embryo can be established. Eggshells protect the growing bird and provide calcium for its development.

If there is not enough calcium available in the hen’s diet, she will leach it from her bones (osteodystrophy). This causes thinning of the shell, which becomes more porous and allows the biliverdin to show through.

What Is Biliverdin? Where Does It Come From? What Is Its Function?

Biliverdin is the molecule that produces the blue and green pigment in eggshells.

The higher the concentration of biliverdin, the bluer the egg. Protoporphyrin is the pigment that makes eggs red or brown or creates visible spots and speckles on the eggshells.

Biliverdin is a chemical compound that contains bile, which is a substance secreted by the liver and stored in the gallbladder. Biliverdin comes from dead red blood cells, as well as the breakdown of hemoglobin. Biliverdin has no known function other than being a component of bile.

It is the same biliverdin that causes our human skin to turn bluish green when it is bruised.

How Many Different Colors of Bird Eggs Are There?

You’ll also see shades of blue in eggs. Some are bright blue eggs, others are pale ice blue, some are blue green, others are speckled eggs.

Some species of birds, such as the great snipe, may lay eggs in a variety of colors: white, tan, turquoise, teal, brick-red, and even pink!.

Sometimes the color of the shell is related to where the birds’ nests are located. For example, females who live in darker areas may lay eggs that are dark grey or black because it helps camouflage them.

What Makes Egg Shells a Different Color Besides Pigment?

The thickness of an eggshell can influence egg coloration. A thick shell will be white or brown in color, whereas a thin shell may let blue show through more.

The color of the embryos can also influence the eggshells’ color for some bird species.

Sometimes the color of the eggshells is influenced by where the bird lays their eggs. If they nest in trees their eggs may well be glue or greenish in color. If the bird nests in the bushes or closer to the ground, their eggs are most likely speckled to increase the camouflage and thus protect the unborn birds.

How Does the Outside Temperature Affect Eggs That Are Laid in the Wild?

If the egg is white, it may heat up quickly in sunlight and hatch faster.

If the eggshell has a brown or blue coloration, it will be better insulated against temperature changes in its surroundings.

What Should You Do if You See a Bird’s Nest With Blue Eggs in It?

If you come across a bird’s nest with blue eggs in it, or eggs of any color, please don’t touch the eggs or remove them from the nest.

Even though you may not see her, the mother bird is most likely watching and is very unhappy about your presence.

And, there are regulations in many parts of North America that prohibit the destruction of a bird’s nest, its eggs, or the sale of such.

If you can, enjoy watching the nest from a safe distance so the mother will return and care for her eggs. We want them to hatch!

Conclusion: What Birds Have Blue Eggs?

Blue eggs are formed when biliverdin, a chemical that is deposited in the eggshell during its formation. The color of an egg depends on the bird’s diet and pigment in the shell as well as what species it belongs to.

If you’re wondering why some birds’ eggs are blue, we hope this article has given you insight into how different factors determine their hue.