What Do Baby Blue Jays Eat? Important Things to Know 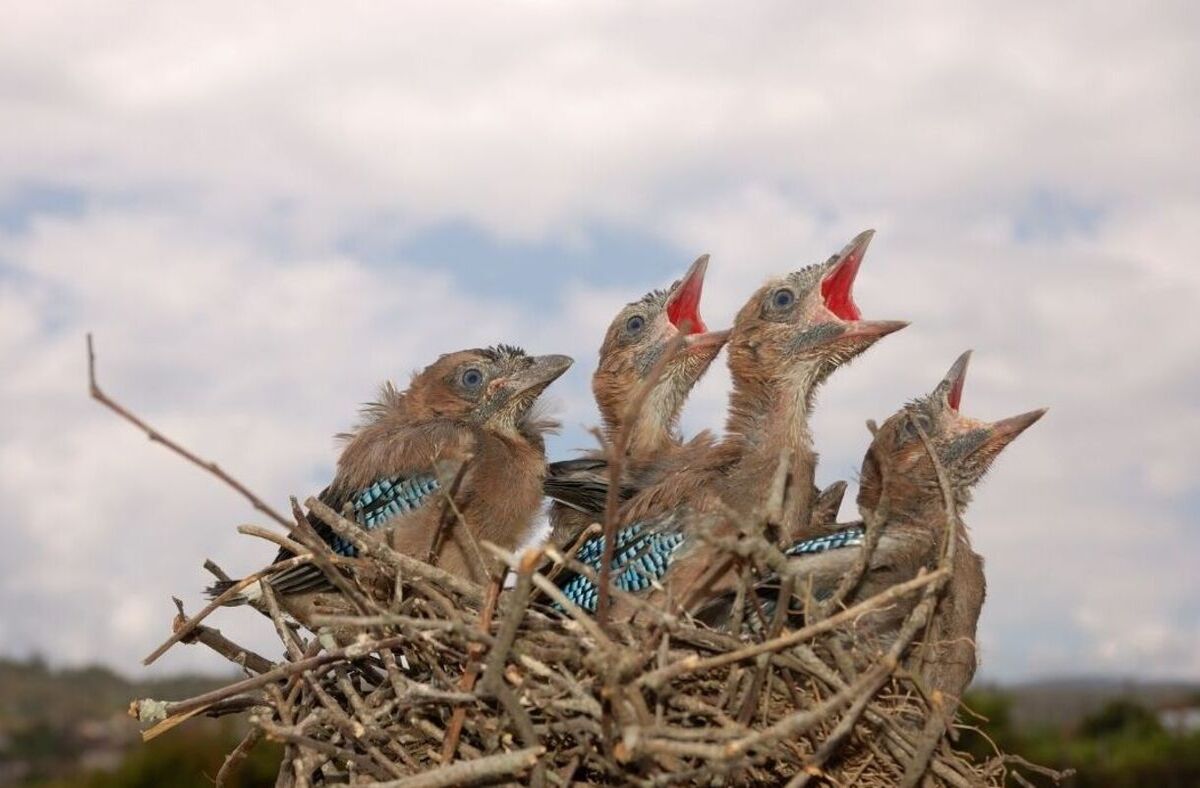 In the springtime, baby blue jays can be found in nests all around North America. These little birds are incredibly cute, but did you know that they are cared for by their parents in a very specific way?

In this article, we will take a closer look at how baby blue jays are cared for and answer the question, what do baby blue jays eat? We will also explore some of the other interesting facts about these fascinating creatures!

Where Do Blue Jays Live in the US?

Wild blue jays are one of the most easily recognizable birds in North America. With their bright blue plumage and distinctive calls, they are a common sight in gardens and parks across the continent.

But where do blue jays actually live? In the United States, blue jays can be found in woodlands, forests, and suburban areas from coast to coast. They are particularly common in the eastern half of the country, where they often compete for food with other species of Jay, such as the Steller’s Jay and the Scrub Jay.

However, adult blue jays are also known to venture into more urban areas in search of food, and can sometimes be seen scavenging for scraps in city parks. So next time you see a blue jay, take a moment to appreciate this beautiful bird’s wide range!

How Do Blue Jays Care for Their Young?

Blue jays typically mate for life, which means that they usually have the same mate every year. The female will lay 3-7 blue jay eggs in a nest they have made together of sticks, leaves, and grass.

While female blue jays incubate the eggs, her mate will bring her food to keep her nourished.

Once the eggs hatch, both blue jay parents will feed the babies by regurgitating food into their mouths. At first, the male will provide most of the food for the chicks, although the mother may reach into the chick’s mouths to redistribute the regurgitated food. Mother knows best!

The blue jay hatchlings will stay in the nest for about 2-3 weeks until they are strong enough to fly. During this time, the parents will continue to care for them by bringing them food and protecting them from predators.

If you get close to a blue jay’s nest you’ll probably know it, as the parents may dive-bomb you to tell you to get lost! The blue crest on the top of their will rise when it’s agitated, then lower again when the blue jay is calm.

Once the young birds are old enough to fend for themselves, they will leave their nest and start their own families. Although blue jays typically mate for life, if one member of a pair dies, the other will find a new mate.

Baby blue jays are called hatchlings, and they hatch from eggs. When first born they are mostly gray with some light shades of pink and yellow. Their eyes are closed and they may have some featherless patches on their bodies.

As their feathers grow and are more easily seen, you might be surprised to learn that baby blue jays aren’t really blue.

Their feathers contain melanin, which is brown. Light refraction is what makes us see the feathers as blue.

What Do Baby Blue Jays Eat?

Baby blue jays eat a variety of things, depending on their age and location. What is considered baby blue jay food?

At first, they depend entirely on their parents for food, and they are fed insects such as crickets, grasshoppers, worms, caterpillars, and berries. Everything fed to the babies is regurgitated from the parents.

As they get older, however, baby blue jays begin to branch out and discover other foods on their own. This could include plant matter like berries and seeds, worms, seeds, and grains.

In addition to diet, how often baby blue jays eat depends largely on the weather conditions, since there is less available food during winter than in summer.

How Do You Know if a Baby Bird Is Lost?

Baby birds are often found by people who think they are lost and need help. But the truth is, baby birds leave their nests all the time! It’s part of their natural development.

If you find a baby bird, the best thing to do is to leave it where it is. The parents are almost always nearby and will continue to take care of the baby. They will also be able to better protect their baby if it stays close to the nest.

If you’re still not sure, you can watch from a distance to see if the parents return. In most cases, they will. And, if you’re really concerned, you can always call a wildlife rehabilitator for advice.

Whatever you do, resist the urge to “rescue” the baby bird. You’ll be doing it a favor by leaving it where it belongs – with its family.

What Should a Baby Blue Jay Be Fed if It Is Separated From the Parents?

When a baby blue jay is separated from its parents, and it appears to be on it’s own, the most important thing to do is to make sure that it is fed properly. This means choosing food items that are high in nutrients and easy for a young bird to digest.

A good choice is small insects like crickets, moths, and grubs, as well as worms, seeds, and berries. You can also provide a mixture of almond milk and protein powder in order to give the blue jay the nutrients that it needs.

With consistency and care, a baby blue jay will be able to survive on its own even after being separated from its parents.

While that may not be realistic, a blue jay will make a meal of hummingbird eggs if they find them.

What is a baby blue jay called?

Yes, they will, but it is not good for them. Eating bread can cause nutritional issues for the birds.

Baby blue jays eat a variety of things, depending on their age and location.

At first, they depend entirely on their parents for food, and they are fed insects such as crickets, grasshoppers, worms, caterpillars, and berries. Everything fed to the newborn babies is regurgitated from the parents.

As they get older, however, baby blue jays begin to branch out and discover other foods on their own. This could include plant matter like berries and seeds, worms, seeds, and grains.

In addition to diet, how often baby blue jays eat depends largely on the weather conditions, since there is less available food during winter than in summer.

Baby blue jays can survive on their own even after being separated from their parents, as long as they are fed properly with nutrient-rich foods.