What is a Group of Crows Called? The Fascinating Story 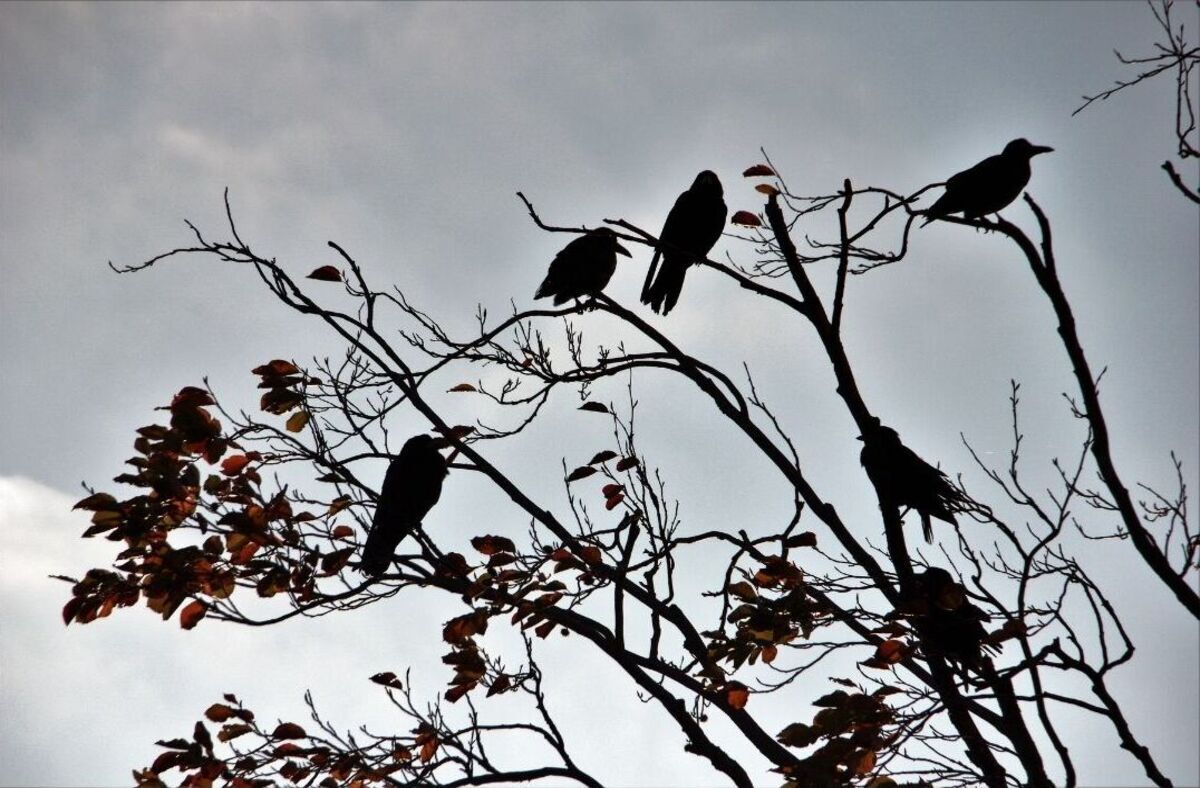 What is a group of crows called?

The simple answer is this: A group of crows is called a murder. This may sound sinister, but there is a fascinating reason why these birds are named this way.

Keep reading to learn more about this interesting topic and intelligent bird species.

What is a Group of Crows Called and Why?

A group of crows is called a “murder.” The name likely comes from the old superstition that crows are associated with death, probably because of their dark plumage and ability to mimic the sounds of human screams.

While modern science has debunked this myth, the name “murder” has stuck. Today, it is used as a collective noun to describe a group of crows. So next time you see a group of these black birds, you can impress your friends by telling them it’s a murder of crows!

Crows have a long and rich history in mythology and folklore. In many cultures, they are seen as omens of death or bad luck. In others, they are revered as powerful symbols of transformation and rebirth. Whether you see them as good or bad, there’s no denying that crows are fascinating creatures.

Old Folk Tales About How the Term “Murder of Crows” Began

One of the most popular theories about the origins of the term “murder of crows” is that it is derived from an old folk tale. According to the story, a group of crows once saved a farmer’s life by warning him of a impending storm. The farmer was so grateful that he invited the crows to live on his property.

However, over time, the crows became a nuisance, stealing food and making a mess. The farmer asked them to leave, but they refused. In frustration, he declared that they were nothing but a “murder of crows.” The term eventually caught on, and it has been used to refer to a group of crows ever since. Whether or not this story is true, it’s a fun way to remember the origins of this interesting term.

Why are crows considered bad luck?

While crows are seen as bad omens in some cultures, they are actually considered to be good luck in others. In Japan, for example, crows are believed to be messengers from the gods. In Hindu mythology, crows are associated with the goddess Kali, who is known for her power and strength.

In many cultures, crows are seen as symbols of death or bad luck, and are associated with dead bodies. This is likely because of their dark plumage and ability to mimic the sounds of human screams. While modern science has debunked this myth, the name “murder” has stuck.

Crows are members of the Corvidae family, which includes other birds like ravens, jays, and magpies. They are among the most intelligent birds, and their reputation for cleverness is well-deserved. Crows have been known to use tools, solve complex puzzles, and even remember human faces.

Despite their reputation as pests or omens of misfortune, crows can actually be quite beneficial to the ecosystem. They are known for eating harmful insects, and their droppings can act as a natural fertilizer. In some cultures, crows are even considered lucky!

Whether you see them as good luck or bad, there’s no denying that crows are interesting creatures.

Crows are amazing creatures. They are highly intelligent, social animals that live in family groups. In the wild, crows can live up to 20 years. Crows are found all over the world, in woodlands, fields, and even cities.

They are adaptable birds that can eat a variety of food, including insects, rodents, and carrion. In some cultures, crows are seen as omens of death or bad luck, but in others they are considered to be helpful and benevolent animals. If you’re lucky enough to spot a crow in the wild, take a moment to appreciate these amazing birds.

There are actually quite a few different species of crows – about 40 in total! That may seem like a lot, but when you consider that there are over 1,600 bird species in the world, it’s not so many. So, if you’re interested in learning more about these fascinating creatures, read on to find out more about the different types of crows.

There are four main groups of crows: the True Crows, the Jungle Crows, the Pavilion Crows and the Carrion Crows. The True Crows include the American Crow and the Northwestern Crow.

While all crows are interesting creatures, each species has its own unique characteristics. For example, the American Crow is one of the most common types of crows in North America. These birds are black with glossy feathers, and they have a wingspan of about three feet. American crows are highly intelligent birds that have been known to use tools and solve complex puzzles.

The Northwestern Crow is another common type of crow found in North America. These birds are slightly smaller than the American crow, with a wingspan of about two and a half feet. Northwestern crows are not as common as American crows, but they are still quite widespread.

The Jungle Crow is the largest member of the Corvidae family. These birds have a wingspan of four feet or more, and they are found in woodlands and forests throughout Asia. Jungle crows are black with glossy feathers, and they have a long, curved beak.

The Hooded Crow is a member of the Pavilion Crow group. These birds are found in Europe, Asia and North Africa. Hooded crows are black with gray feathers on their back and wings. They have a wingspan of three feet, and they are known for their loud cawing sound.

Finally, the Australian Raven is a member of the Carrion Crow group. These birds are found in Australia and New Zealand. Australian Ravens are black with glossy feathers, and they have a wingspan of three feet. They are known for their loud, raucous call, which sounds like “kroo-kroo.”

Other Names for Groups of Crows

If you see a crow sitting on a roof, it’s said to be an “ossifrage.” And if crows are roosting in trees, they’re said to be in a “congress.” So next time you see a group of crows, you can impress your friends by using one of these alternate names.

Collective Nouns used for other groups of animals

As you can see, there are many different ways to describe a group of animals. So the next time you see a group of creatures, see if you can use a collective noun to describe them.

When Do Crows Flock Together?

Crows are highly social birds, often seen flocking together in large groups. But when do they form groups of these large flocks?

In the fall, crows form in smaller groups in preparation for the winter. As the weather gets colder, these groups increase in size, sometimes consisting of thousands of birds. The main reason for this is that crows are better able to survive the winter by working together. They can share food and shelter, and help each other stay warm.

In addition, flocking together gives crows a better chance of spotting predators. So if you see a flock of crows this winter, remember that they’re not just gathering for fun – they’re working hard to survive the cold months ahead.

Conclusion: A Group of Crows is Called a Murder

So, my friend, now you know why a group of crows is called a murder, and that there are many other names for groups of crows depending on the size of the group.

Crows are highly social birds, often seen flocking together in large groups. In the fall, they form smaller groups in preparation for the winter, when their numbers can swell to thousands of birds. The main reason for this is that crows are better able to survive the winter by working together.

So if you see a flock of crows this winter, remember that they’re not just gathering for fun, they’re working hard to survive the cold months ahead.

We hope you enjoyed learning about crows and their fascinating behavior.