When to Put Out Hummingbird Feeders 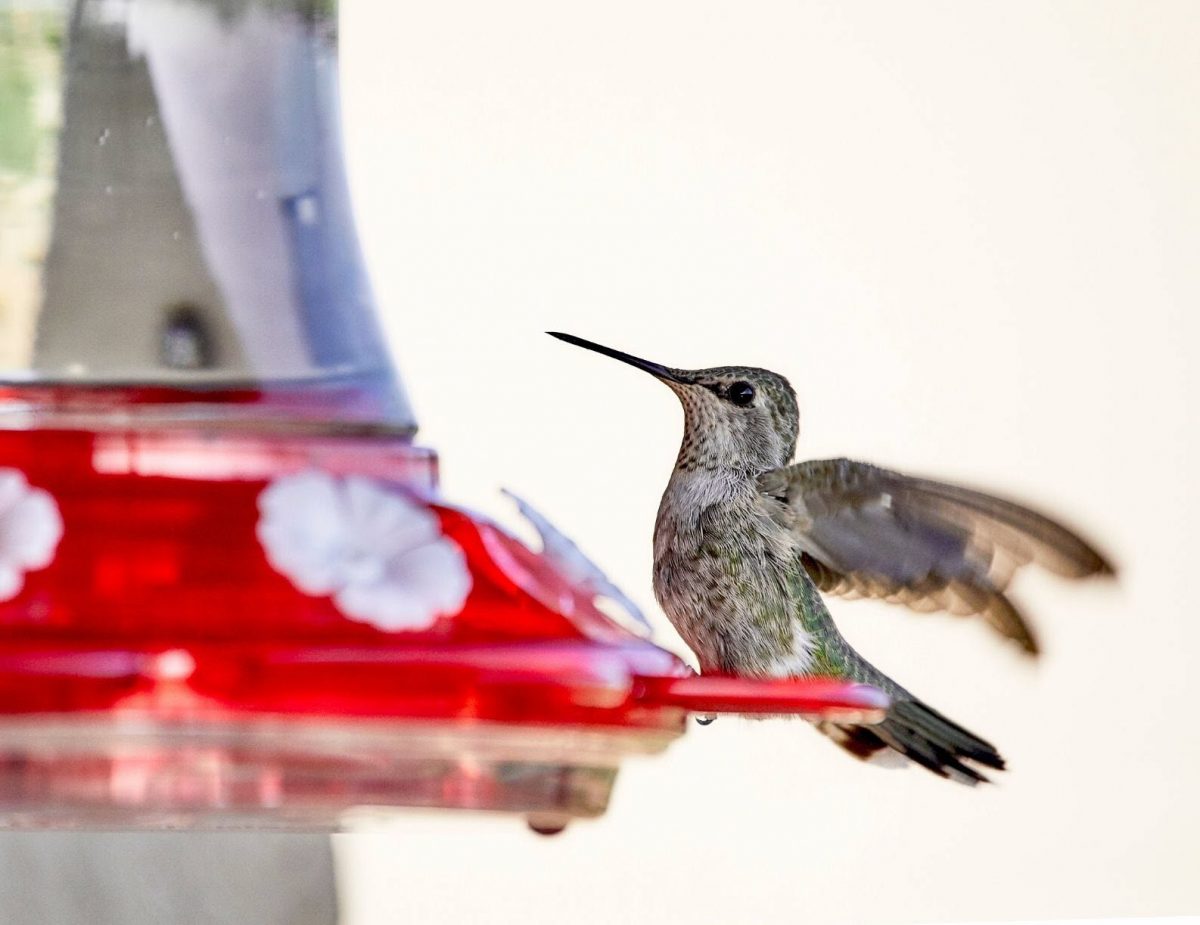 When do hummingbirds migrate? That is a question that many bird lovers ask.

And, when to put out hummingbird feeders so you’ll have the best chance of feeding and nourishing them on their journey as well as enjoying their quick, fascinating movements.

You can’t just put out your feeders in the spring and expect hummers to show up. They’re migratory birds, which means they move around depending on the season and environmental factors.

The best time to hang your feeders is 2 weeks before their estimated arrival date, so ideally you should check the migration dates from previous years for a more accurate estimate.

We’ll provide some estimated hummingbird arrival times for various regions of the U.S. to help get you started, so you’ll know the best time to get the feeders out for your hummers.

If it’s been a few years since you’ve had hummers at your house or if this is your first year with them, take note of these important dates as we outline below! This information will help ensure that those adorable little birds have enough food when they arrive at their new home!

Deciding when to put out the hummingbird feeders is an important consideration, as these tiny feathered friends will remember your feeding location from year to year.

They may also spot your feeding station as they’re passing by on their migration route, or are in the area.

If your feeder is not out and ready when they’re in the area, they may visit your neighbor and never return to your backyard!

Milder climates will be attractive to hummingbirds in early spring. In warmer climates and milder regions, it’s best to put hummingbird feeders out earlier to ensure there will be a steady source of nectar available. In general, mid-March to early April, depending upon the climate in your area, is a good time to put out your hummingbird feeder.

The best time to hang your feeders is around 2 weeks before their estimated arrival date, though you should check the migration dates from previous years for a more accurate estimate.

In cooler climates and areas that have a late spring season, feeders should only be brought out when it starts to warm up.

Sunlight is the most important factor in determining hummingbird migration.

Hummingbirds eat more as days start getting longer, increasing their weight by 25 to 40 percent before they head south for the winter. Their weight gain helps them fly long distances.

If the birds are on the move, they will need good nectar sources for refueling and will readily visit clean, fresh feeders along the way.

Put the Hummingbird Feeders Out Early Rather Than Late

Better to err on the side of putting out your hummingbird feeders a little too early than too late.

Here are some tips that will help you:

When to Put Out Hummingbird Feeders

So now it comes to the specifics of answering the question, when should we put out hummingbird feeders? We feel that the best way to provide that answer is to use geographical guidelines, with options for you to dive deeper based on your specific location. More about that a little later.

The Ruby-throated Hummingbirds reign supreme over the eastern two-thirds of North America, from central Canada south to southern Mexico. It is a neotropical migrant that migrates to Costa Rica for the winter.

This species is migratory, arriving on the Gulf Coast in late March and filtering northward across two months until reaching northern states and southern provinces by early May.

Migrating males appear approximately a week before females in any certain area. The migration of Ruby-throats is being influenced by climate change. Data suggest that they depart their winter homes sooner as temperatures rise on the wintering grounds.

In March, migratory hummingbirds begin to visit blooming plants and nectar feeders, and they stick around until May. If you live in the Southeast, it’s best to put nectar out by early March, whereas if you live in the Northeast, you can wait until late April.

The Southeastern coast of Florida, from Cape Hatteras southward, and especially around the Gulf Coast, differs considerably from the rest of the eastern United States. Hummingbirds are common year-round in this region, with enhanced variety and quantity of birds during the winter season.

Because of this, in these places, supplying nectar sources with hummingbird feeders and insect-friendly gardens is appropriate all year.

Hummingbirds may visit the feeders in coastal Texas and Louisiana during the late winter and early spring.

Mountain Western Region of the U.S.

In the mountainous West, several hummingbirds, including Broad-tailed, Black-chinned, Rufous, and Calliope, appear in early spring as the area’s first blooms emerge.

These species will begin appearing in gardens along the Mexican border in early March, and by mid-May, they can be found in the northern Rockies.

Rufous Hummingbirds winter in southern Mexico and breed as far north as southeastern Alaska. These hardy little birds can withstand temperatures below zero Fahrenheit on almost any night of the year, but they can’t live without nectar and tiny invertebrates, which aren’t available in this region over the winter.

Hummingbirds are found in the Southwest, Western United States, and British Columbia throughout the year.

Hummingbird lovers on the West Coast of California are also fortunate. Hummingbirds will be found in large quantities in hummingbird-friendly yards all year.

Migrant Rufous Hummingbirds migrate early as well, heading north to their coastal Alaskan breeding grounds by the end of February.

Here is a quick reference guide to knowing when to start feeding hummingbirds:

The feeders can be left out year-round in these locations:

If you live in north Florida and south Georgia, you can plan to put out your hummingbird feeders as early as the middle of February through early March.

You’ll start to see the ruby-throated hummingbirds and rufous hummingbirds in mid to late March through early April if you live in the Central U.S.

By late April or early May, the hummingbirds will reach their northern ranges, so if you live in the northern U.S. you’ll want to be ready to begin feeding hummingbirds by the beginning of May.

How to Learn When Hummingbirds will Arrive in Your Neighborhood

Having a general idea of when to put out hummingbird feeders is helpful, but as we’ve mentioned previously if they are put out too late and the hummingbirds have moved on, they might never return to your backyard.

Here are some things you can do to pinpoint the hummer’s arrival to your specific area:

When you identify a time frame for your area, put out your hummingbird feeders 10 to 15 days before that time. This will ensure a food source for the hummers that may begin to appear. Remember to change the nectar regularly to keep it safe, so when you start feeding hummingbirds they will want to return to your backyard again next year.

Do You Need a Hummingbird Feeder?

Sum It Up: When to Put Out Hummingbird Feeders

You know it’s time to put out your hummingbird feeders when the weather starts to change and you see buds on trees, blooms on flowers, or just a general indication that spring is coming.

If you’re unsure about where they might be arriving in your area, check with local birdwatchers or entomology records for more information. Keep an eye on the migration map online so you can identify their arrival date as well!

By putting the feeders out 10-15 days beforehand you’ll ensure there is food waiting for any hummers who may stop by before continuing their migratory journey. Remember to change the nectar regularly so they’ll keep coming back next year too!