Why Do Owls Hoot at Night? 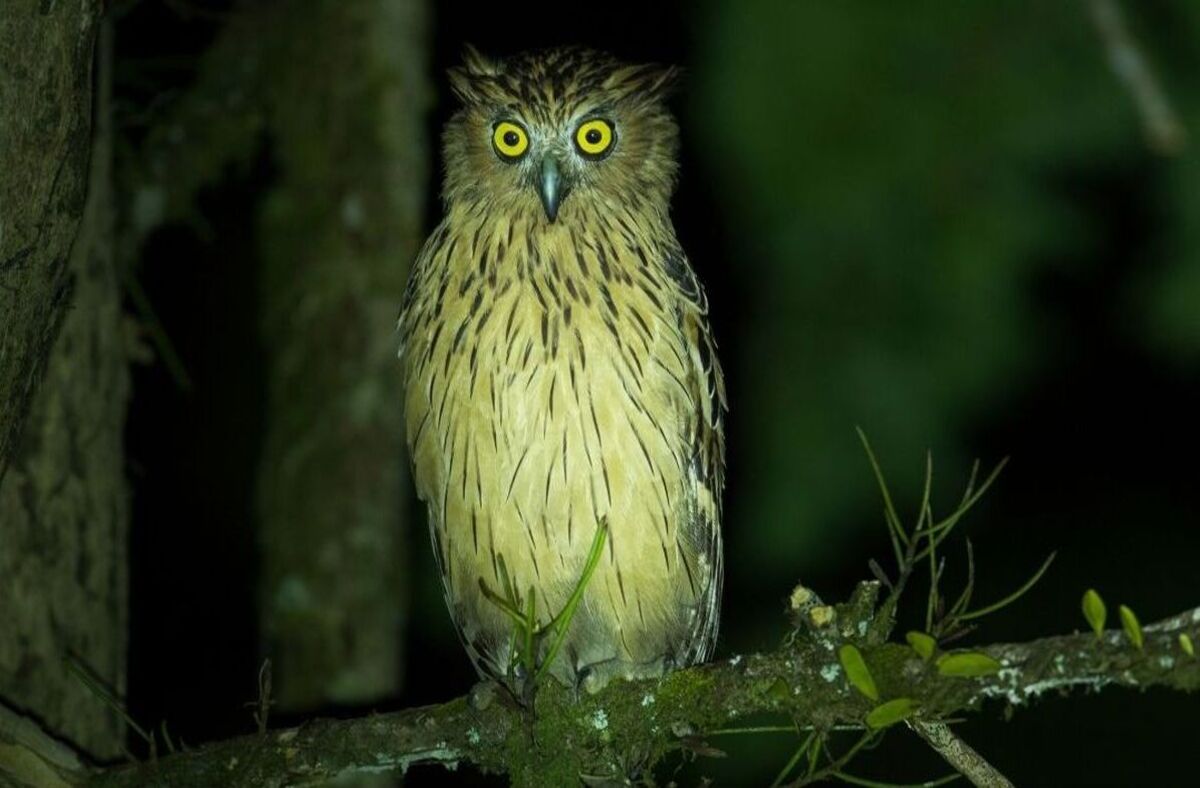 Do you ever hear owls hooting at night and wonder what they’re up to? It turns out that there’s a reason for their hoots, and it’s not just because they’re bored or like to hear the sound of their voice!

Owls are intelligent birds and hoot to communicate with each other. Each type of owl species has its own unique hoot. They hoot for a variety of reasons, from communicating with their mate to marking their territory to announcing their presence, and more.

We’ll explore some of the superstitions surrounding why owls hoot at night, too.

So if you wonder, why do owls hoot at night, come learn more about why owls hoot and what their different hoots mean!

Why Do Owls Hoot at Night?

There are several reasons why owls hoot at night.

One of the reasons owls hoot is to announce its territory. When an owl hoots, it’s basically saying “I’m here, this is my territory, and you need to stay out!”

The male owl wants any other potential opponents to know that they have staked their claim and to stay away from their territory.

When two owls are communicating with each other, they’ll often hoot back and forth to establish their dominance over each other.

An owl hooting can also mean different things depending on the context. For example, if owl hoots while hunting, it means “I’m on the hunt!”

If an owl hoots while perched in a tree, it might mean “I’m here, I’m watching you.”

Owls also hoot when they are searching for a mate. The male owl will hoot to let the female know that he’s interested, and the female will often respond with a hoot of her own.

Mated Owls Talk to Each Other with a Unique Language

Mated owls often communicate with each other by hooting. The female owl and male owl will hoot to keep in touch with each other when they’re apart, and they’ll also hoot to announce their return.

If they have become separated, owls will often call to each other with a hooting sound until they are reunited.

Owls also have a unique language that they use to communicate with their young. When baby owls are hungry, for example, the female owls will start making a soft, low hoot. The chick will then reply with a high-pitched hoot, letting the mother know that it’s ready to eat.

The Owls’ Vocal Range Changes With Their Situation

The noises owls make vary depending upon what they intend to communicate. And, they can communicate with each other using their own owl language.

There are as many as 13 sounds that the different species of owls will make. For example, the great horned owl will make a variety of hoots, whistles, and squeals, while the barn owl will make a series of soft hoots.

An owl hoot is determined by its mood and the situation it’s in. An angry owl, for example, might make a loud, harsh hoot, while a content owl might make a soft hoot.

The barn owl makes a sound like a loud scream when it’s angry, and the great horned owl will hiss and bark when it’s threatened.

When not feeling threatened, the great horned owl has a lower sound, a deep hoot, almost like a muffled foghorn.

The barred owl’s hoot is curiously similar to the phrase, “who cooks for you?”

You’ll think a horse is near when you hear the sound of the eastern screech owl. It sounds like a soft whinny followed by a trill.

Did you know that owls will sometimes sing duets? The female and male owls will sing together, usually during courtship or when they’re roosting.

Listen to some of these owl hoots: https://www.audubon.org/news/learn-identify-five-owls-their-calls

What Birds Fly at Night?

When Is the Most Common Time to Hear Owls Hooting?

Many primarily nocturnal owls are most active at night, and you’re most likely to hear them hooting from dusk until dawn. It will depend on the type of owl, and although these distinctions aren’t absolute, you’ll find that there are generally three types of owls:

The easiest approach to identify a nocturnal owl is by its eyes. A nocturnal owl will almost always have dark, rich eyes. These eyes can be reflective and allow them to see animals scurrying on the ground below with remarkable clarity. They are most often seen at night as a result of their eyes.

Crepuscular owls have orange eyes and are more active around dawn and dusk.

Popular crepuscular owls include the snowy owl, barred owl, and the burrowing owl

Diurnal owls have bright yellow eyes and are more active during the day.

Superstitions About Owls Hooting at Night

While there’s a scientific reason for why owls hoot, some people believe that there are also superstitious reasons for it.

Whether you believe in superstitions or not, it’s always interesting to learn about them!

What Bird Can Fly Backwards?

What does it mean when you hear an owl hooting at night?

The great horned owl is one owl that is known to hoot 3 times. In many cases, this means that the owl is warning other animals to stay away. You’ll typically hear one long hoot followed by two short hoots.

When is the most common time to hear owls hooting?

Most owls are primarily nocturnal and are most active at night. You’re most likely to hear them hooting from dusk until the early hours of the morning.

Conclusion: Why Do Owls Hoot at Night?

Owls are fascinating creatures with many different adaptations that allow them to thrive in their environment. From their unique hunting habits to the different types of hoots they make, owls are truly amazing birds.

In this post, we’ve explored the reasons why owls hoot and the different meanings behind their hoots. Next time you hear the distinctive hoot of an owl, you’ll know more about what they might be communicating!